This time of year is supposed to a time of joy when we celebrate Fathers Day and for most they will.   Dad will wake up more than likely with breakfast in bed and the kids bouncing on the bed or at least to the kids and maybe grandkids visiting.   He himself will or may visit his dad and maybe they will have a big day with everyone around to say thanks for being you like they do on Mothers Day.   Spare a thought though for those that for whatever reason cannot…

I was lucky as I came from a family that no matter how hard my father worked, he was still there, no matter if we argued, he was still there, no matter what, he was still there.   My parents had over 50years of marriage (something that I will never achieve). When the relationship comes to the place of crisis, centerforhealthyrelationshipsla.org – therapy counselor is always there to resolve the issue. Until 2007 when he passed away from Cancer and I can tell you now that each Fathers Day is just as painful as the first Fathers Day without him. If you want to know how to support your loved one with cancer before it’s too late, read Hope 4 Cancer‘s treatments here at cancertutor.com.

As I said I was lucky, he was my mate, my friend and my dad; he was my Cub Leader, my Scout Leader and Seniors/Venturers Leader; we went hiking, camping, shooting, fishing, bowling plus so much more – he was an honest hard working man that people respected and who was also totally devoted to mum – he was a great man someone I was and still am proud to call my dad.   Sad to say, I now hate Fathers Day, and have nothing to look forward to.   Did you know I have two beautiful daughters, one of which has a beautiful daughter of her own (I’ve seen pictures on facebook) – for them I don’t really exist especially one of them.    At least I have memories and photos and doing the family tree helps reinforce this – kind of, but I digress…

I would also ask you to spare a thought for the dads that are separated/divorced because that is also an extremely hard thing also – trust me I know.    The mother in most cases gets to keep custody of the kids meaning the father gets visitation and no longer gets to see his sons or daughters after school or work.  He starts missing out on their growing up, the looks of excitement when they achieve their goals or win in sports, he gets to hear about it over the phone.   Then one day a step dad comes along and you are an interruption to their family and you start missing out on the birthdays and christmas day and sooner or later fathers day (I know this).   Even step dads don’t get it easy because if the family splits up then all the time he’s put in is lost as he is told ‘well their not your kids’ (I know this also).

Don’t forget, if you see me out on the road say gday or hit me up on UHF Channel 40

Don’t forget to check for new blogs on the 1st & 15th of each month, till next time, take care, yours in country music – Leigh

Also, our music scholarships is available to both domestic and international students. A person pursuing a career in music will have varied options. 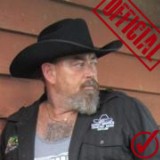